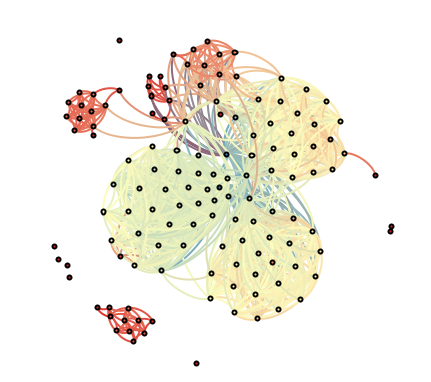 I am currently trying to catch up on the Coursera MOOC on social network analysis . My main aim in taking the course is to force myself to learn about using Gephi for network analysis. The course so far has been clear and well presented but its early stages. Also, using Gephi on the Mavericks version of OSX has been a pain largely due to Java as Gephi won’t run on the default install of Java. The solution can be found on the Gelphi forums here although I’m still having some problems with Java.

I don’t use Facebook much and was a bit surprised at the density of the network as a whole but having that number of sub-clusters was less surprising considering the stop-start nature of how the network developed. I’ll have to find out who the single unconnected nodes are once the Java issues have been resolved.