Analysing TAGS datasets in to Tableau 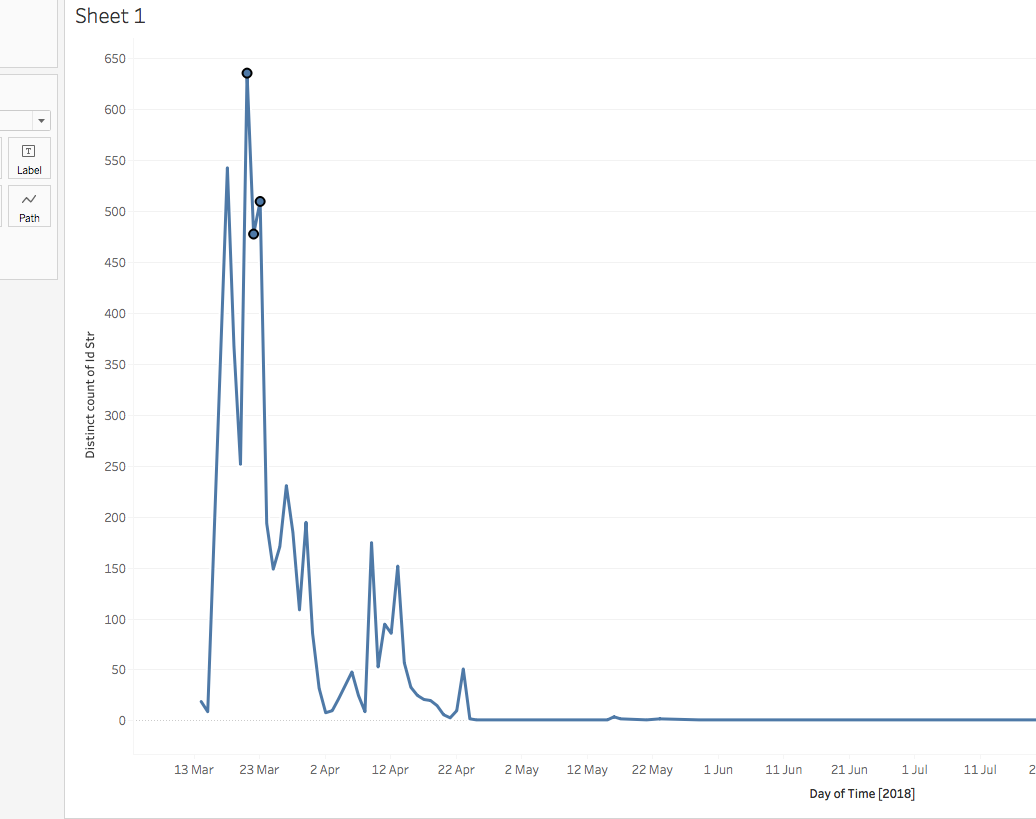 This post on analysing a TAGs dataset using Tableau is a continuation of earlier posts on social media analytics here and here. It’s worth noting that Tableau Public cannot be used here as it is against Twitter’s Terms of Service.

This post is really to act as notes for my own use but I thought they might he more generally helpful. Again, this exercise was done partly through my participation in the excellent Social Media Analytics course on Future Learn.

The dataset is download data from the TAGs Archive Tab  in excel format and should be converted to the native Tableau data format.

From here, various forms of analysis are possible including a temporal presentation of the tweets. As can be seen here, the activity around this hashtag is really concentrated around the period of the controversy in March and April 2018. As I noted previously, this hashtag ‘Twitterstorm‘ died down after the resignation of Peter Horrocks in April.

Breaking down the total dataset into different tweet types helps in identifying the moments when particular tweets are going viral, or when key users are getting many @mentions.

Tweet types demonstrate the effect of RT on the overall volume of Tweets in these two hashtags. For example, highest number of original Tweets (orange) was 65 on one day but number of RTs (red) on that same day was 515.

Looking at the tweets of individual participants reinforcing the importance of the RT function in the overall activity patterns of the Twitterstorm.

So what does this tell us? Very little really. It confirms the findings of others (see for example, Bruns et al 2013) on Twitter in that the minority of users generate the majority of original content, on the importance of retweeting in terms of spreadings tweets and generating a Twitterstorm and that there is very little discussion on Twitter (what Honeycutt & Herring, 2009, termed ‘addressivity’).